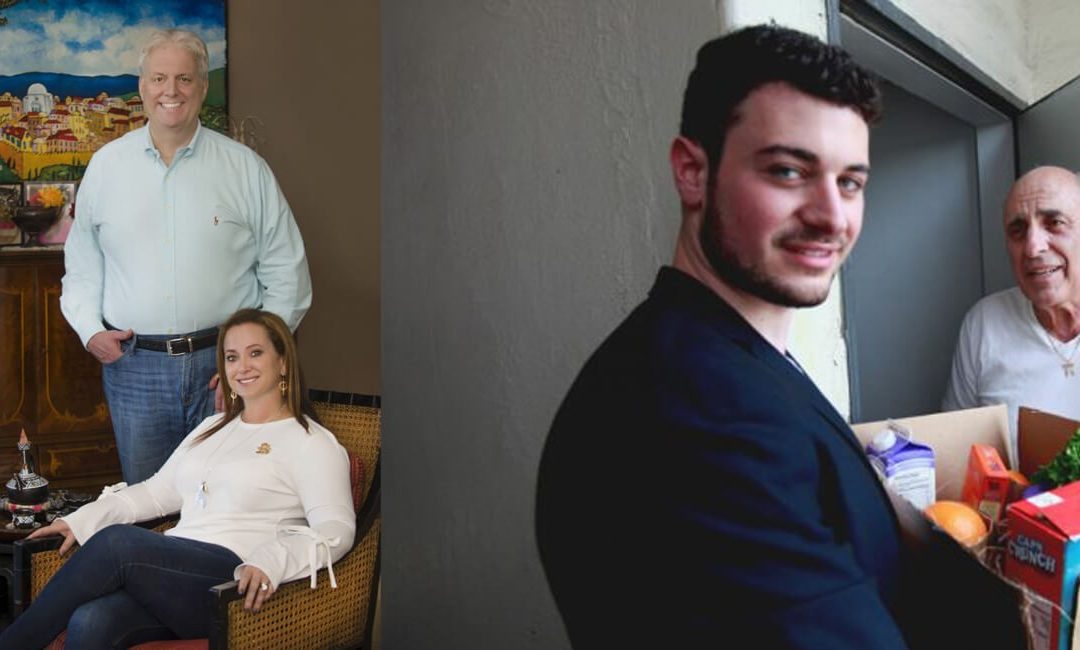 One of the best ways to guide the destiny of the next generation is to play a prominent role in the course it takes, which is exactly why Simone Knego, with the support of her husband Robert, has dedicated herself to the Jewish Federation of North America’s Young Leadership Cabinet.

“I got involved with the organization five years ago through two other friends who were also involved,” Simone said. “I loved it from the beginning. The organization does a great job building leaders and I’ve enjoyed taking active leadership roles each year with Cabinet.”

Simone said Cabinet’s aim is to attract young, successful business and philanthropic-minded Jewish professionals seeking to enrich both their lives and those in the Jewish community through education, skill development and programming designed to deepen the understanding of local, national and community needs.

“Cabinet also reaches out to the global needs of Jews all around the world,” she said. “I’m in charge of young leadership for North America versus other roles I’ve had, such as being in charge of the study mission. Each year, Cabinet goes on a study mission somewhere in the world. The year I led it, we went to Berlin and Israel. It’s a way to see the Jewish community in a country where dollars from the Jewish Federation of North America are going.”

The Knegos have been married for nearly 25 years and have six children. Simone hails from Buffalo, N.Y. and Robert grew up in Indiana and Tampa. They have lived in Sarasota for 17 years. He is a neurosurgeon with the Neurosurgery and Spine Specialists in Sarasota. Simone, a CPA, has worked in medical sales for the last five years.

Although Robert has aged out of actively participating in Cabinet, he voiced his full support for his wife’s activities in the organization.

“Anytime Simone has to travel, my contribution is to say, ‘You go and I’ll keep everything covered on the home front,’” he said.

Simone quickly added he will accompany her to Cuba in January on a study mission to examine the results of contributions the Jewish Federation has made to the Jewish population there.

“Yes, there is a community of Jews in Cuba,” she said. “We visited there before, about ten years ago. It’s a very interesting population.”

“A very close-knit community,” Robert added. “And the Cuban government very much supports them, in my opinion. I remember thinking it would be more oppressive and problematic for them, but it wasn’t.”

“I don’t know exactly how things are there now,” Simone said. “But when we were there before, it was one of the few groups I’ve seen that actually lives without anti-Semitism. And if they want to make pilgrimages to Israel, the government allows it. I think it’s the only group that’s actually allowed to leave Cuba.”

ACCORDING TO THE JEWISH FEDERATION’S WEBSITE, 4,000 PEOPLE ARE CABINET ALUMNI AND MANY OF THEM ARE TODAY’S TOP JEWISH LEADERS. IN ADDITION, CURRENT CABINET MEMBERS RAISE $2,400,000 EACH YEAR TO SUPPORT ITS PROGRAMS.

Simone plans to use her newly appointed position to make Cabinet a stronger leadership program with an even more robust curriculum.

“I think it’s important to include more alumni in the leadership training we do,” she said. “Some of these people have amazing jobs and great stories to tell. That makes them perfect mentors to new Cabinet members.”

Simone added that she would like to see Cabinet reach its potential in growth and foster a greater awareness of its mission.

“Even speaking on behalf of a relatively small federation like Sarasota, we want to make sure that all the other federations — especially the smaller ones — know what Cabinet is,” she said. “And know that as young leadership, we’re here to support their young leadership in their communities. I want them to know we’re here for them.”For more information about the Jewish Federations of North America’s Young Leadership Cabinet, visit jewishfederations.org/young-leadership-cabinet.