What a Starfish Can Teach You about Perspective 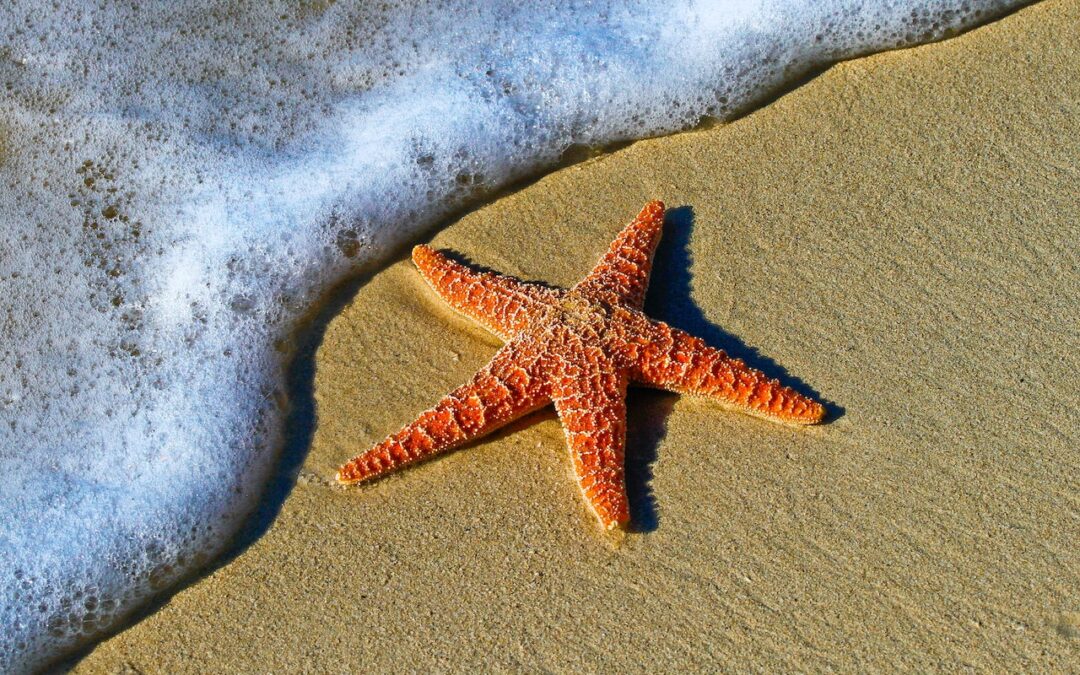 What a Starfish Can Teach You about Perspective

The starfish story is one of my favorite stories about perspective. I believe that it really shows us the importance of having an open mind and being willing to see things from multiple angles. Read more in my latest article.

The following is adapted from The Extraordinary UnOrdinary You.

There once was an old man who used to come to the beach to do his writing. He liked to walk on the beach before he started his work. He arrived one morning after a large storm had passed.

The beach was covered with starfish, as far as the eye could see. He saw a young boy off in the distance. The boy seemed to stop every so often, bend down, and throw something into the water. The old man was curious what the boy was doing, so he asked him.

“You’re just wasting your time, son,” the old man responded. “There are thousands of starfish on this beach, and your small effort isn’t going to make a difference.”

The boy smiled at the old man, picked up a starfish, and threw it as far as he could into the ocean. “Well, Mister,” he said, “I reckon it made a difference to that one.” And the boy continued on his way, making a difference—one starfish at a time.

In the story of the starfish, the boy taught the old man an important lesson. They each had different ways of looking at the world, but the old man assumed his was the only way of seeing things.

As we travel along our life’s journey, we may look at the world and mistakenly believe that we are always right, and that our perspective is the only perspective, and maybe even the best perspective. When we are biased to our own way of looking at things, we forget that there is more than one perspective.

I think one of the most powerful moments for me in understanding the value of a different perspective was when my family adopted our son Ari from Ethiopia and had the opportunity to visit some rural villages there. We were surrounded by poverty, yet everywhere we looked, people seemed incredibly happy.

I remember thinking to myself, “Wait, why are people walking around so happy? How could they be happy living like this?” There was so much poverty, and what I saw was hardship. But I was looking at their world from my own experiences and perspective.

Be Open to Other Perspectives

When we move from one environment to the other, and travel from place to place, there are going to be so many different ways of seeing the world. It’s important that we remember not to push our views of the world on others, but to respect where they are, especially when their perspective is different than our own.

For example, as we traveled through rural Ethiopia, we saw groups of children playing soccer, but their game was a bit different than any soccer game I had ever seen—mostly because they didn’t have a soccer ball. Instead, they would take plastic bags and wad one up inside of the others, until it was one big plastic-bag ball. They loved their “soccer ball” and had just as much fun playing with their makeshift ball as any kid playing on the soccer field in our hometown.

If we aren’t careful, we can see something like that and think to ourselves, “How could that be fun? I need to get them a real soccer ball, so they can really know what they’re missing.” But why do they need to know what we think they’re missing when they’re perfectly happy with what they already have? Instead, we can look at it and say, “Wow, I’m so impressed that they are using bags in that way, and they’re having just as much fun as they would with a regular soccer ball.” It’s all about perspective.

Small Actions Can Make a Difference

The old man spent many mornings walking the same beach. Because of his age, he had seen and experienced many things. Those experiences made him see the world in a certain way. The young boy, on the other hand, didn’t have a lot of experience, and he saw the world and the beach with fresh eyes. Instead of viewing the problem as overwhelming, he concentrated his efforts on what he could do, and focused on just one starfish at a time.

One starfish, one person, one issue: the story of the starfish is such a great reminder that seemingly small actions can make a huge difference. And when others see our efforts, they realize that they can make a difference too. Together, we can do so much good if we learn to see things differently.

For more advice on perspective, you can find The Extraordinary UnOrdinary You on Amazon.

Simone Knego leads an ordinary life filled with extraordinary moments. As a wife, mother to six children (and three dogs), and a serial entrepreneur, she splits her time between her family, businesses, and personal growth.

She’s realized the small choices she makes every day to do good actually have the power to inspire others. Simone shared that message during speaking opportunities she received as co-chair of the National Young Leadership Cabinet for the Jewish Federations of North America. With this book, she hopes to inspire you to embrace life’s ups and downs and realize the impact you’re making on the world.