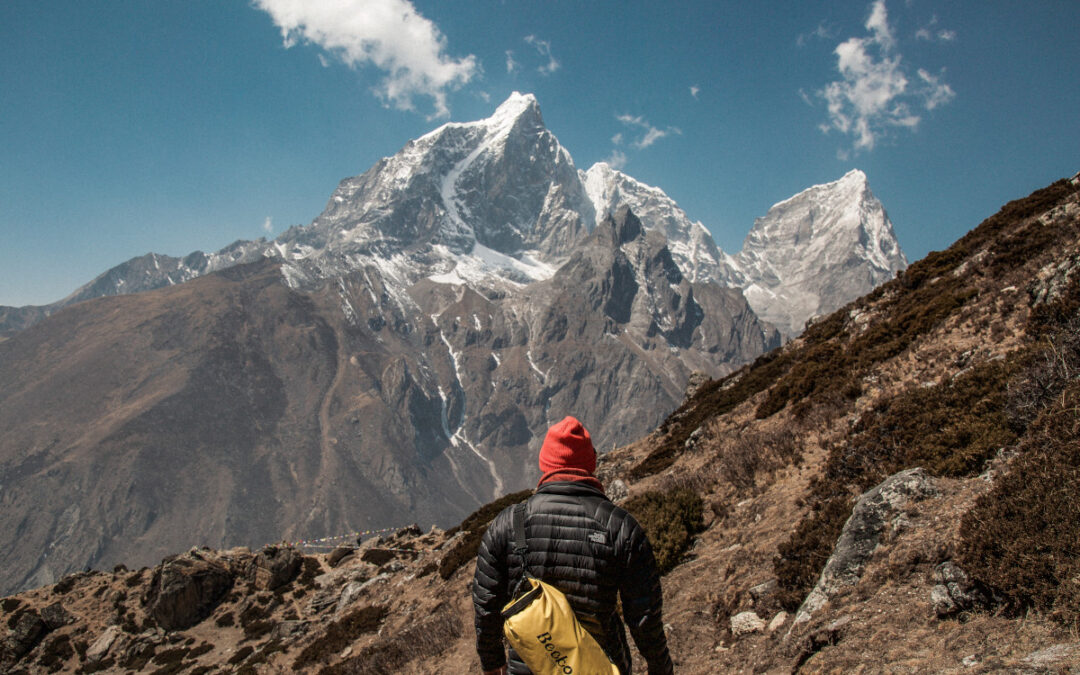 We all know that doing hard things is an inevitable part of life.

But something pretty remarkable happens when we face hard things with a positive perspective.

Not only do we gain valuable experience and grow into a better version of ourselves, but if we pay attention, we can learn valuable lessons that will follow us for the rest of our lives.

That’s exactly what happened to me when I made the decision to climb Mount Kilimanjaro for the Livestrong Foundation.

I’m from Florida, so I had never climbed a mountain before. But I believed I could do it, so I did. That doesn’t mean it was easy. It’s probably the hardest thing I’ve ever done.

But by facing that challenge with a positive mindset, I gained much more than bragging rights.

Here are the five lessons I learned from climbing Mount Kilimanjaro that will be beneficial to anyone who is currently doing hard things.

Climbing Mount Kilimanjaro was completely out of my comfort zone. I’m sure some of you can relate to that with the hard things you are currently facing.

As I said, I had never climbed anything before, and I had no idea what to expect.

I tried as hard as I could to train so that my body would be prepared. But what was even more important for me was to go into this challenge with a positive mindset and really believe in myself.

Just like things happen when you’re climbing a mountain.

I got sick while on the mountain and I wasn’t sure how I was going to keep functioning. As you can probably imagine, it’s very hard to do any sport, including climbing a mountain, with a stomach illness.

Although I planned for it and brought plenty of antibiotics, as people are known to get sick traveling to other countries, it was still very unexpected and difficult for me.

All I could do was try my very best to take care of myself in that moment so I could keep moving the next day. I had to be okay with myself and with the situation.

I had to remind myself that unexpected things are bound to happen to each of us. And it’s okay to just do the best you can in the moment and let time take care of the rest.

When we face hard things, sometimes we have to learn to roll with the punches and stop worrying about those things that are outside of our control.

This isn’t just advice for when you’re doing hard things, this is a great reminder for everything we do in our lives.

We’re always trying to get from point A to point B. But we need to also enjoy the journey.

Because of the high elevation, climbing a mountain like Kilimanjaro often becomes difficult because it’s very hard to breathe.

It becomes a mindset of just putting one foot in front of the other rather than racing up the mountain.

The same is true when facing hard things in life.

It’s about the overall experience and what we can learn from it.

For me, going up the mountain was okay. But I had a couple of knee surgeries years before and coming back down really killed my knee.

My knee was so swollen I could barely bend it, so I had to go very slow on the way back down.

One of the guides stayed with me and I kept apologizing over and over again because I was holding him back.

His response is one I will never forget. He kept telling me not to apologize because it was really the first time he was able to truly enjoy the nature around him.

In that moment of the hike, everyone is generally focused on the summit and rushing to whatever is next.  But because we had to take it slow, we were able to really enjoy nature, to see the monkeys in the trees, and to take in the beautiful views.

It was a valuable reminder for me to slow down, don’t rush, and just put one foot in front of the other.

Often times when we face hard things, we want to rush through them so we no longer have to face them. But by slowing down, beautiful and amazing things we never knew were there will start to come into focus.

Putting one foot in front of the other—even when it’s hard—allows us to actually enjoy the journey rather than just focusing on the final destination.

#3. Don’t be embarrassed to ask for help.

I truly believe that for most of us, when we are faced with hard things, we try to tackle them alone.

So many times we feel that if we can’t do something by ourselves, we’ve somehow failed.

And a lot of times, we’re just too embarrassed to ask.

There have been plenty of times where I’ve tried to do things on my own or even decided not to do them because I didn’t feel I could do it properly. So I just wouldn’t do it at all.

But if that’s our mindset, how are we ever going to learn?

We learn by asking for help from those who already know.

My first night on Kilimanjaro, I froze. It was so cold that I could barely sleep because I literally felt that I was freezing to death.

Being from Florida, our sleeping bags for camping aren’t your typical sleeping bags. We have no need for sleeping bags that keep you warm in below-freezing temperatures. I had never used a mummy bag and had no idea how it worked.

When I woke up the next morning, I told my tent mate that I had no idea how to use my sleeping bag to keep myself warm. She laughed because she had the same problem. So we decided that as silly as it was, we were going to ask someone who knew how to use our sleeping bags.

We learned the importance of making sure our head was in the bag properly so as to only leave our mouth and nose exposed for breathing.

That one silly question literally saved my life. That second night and every night after, I was as warm as could be.

When facing hard things—things you may have never encountered before—don’t be afraid to ask for help.

We’re all human and we all need guidance once in a while.

Asking for help isn’t a sign of weakness, it’s actually a sign of courage and strength. It shows that you are willing to learn and that you are ready for someone to teach you.

#4. There is value in teamwork.

We cannot go through life by ourselves. We need each other.

Think about all the people you rely on just to get you to work in the morning. From the people who manufactured, delivered, and sold you your toothpaste, to the barista at the coffee shop. We need each other—and we rely on one another for our survival.

Even within our immediate circle of people, we need each other. And it’s important we learn to work as a team.

While climbing Mount Kilimanjaro, those members of my team were invaluable, but the most valuable asset to our climbing expedition were the porters.

The porters weren’t just porters, they were super athletes who climbed Kilimanjaro on a regular basis.

It would take us hours and hours to get to the next camp, yet it took them a fraction of the time because they were so conditioned in their fitness level.

Having these capable team members made it possible to do hard things.

As far as I’m concerned, the porters get far too little credit for the incredible feats they were able to accomplish. I’ve never seen something more impressive in my life.

Watching the porters opened my eyes to how hard they work and what vital members of the team they are.

Without teamwork from the climbers and the porters, my experience of climbing Mount Kilimanjaro would have been much more difficult and I would have never made it to the top.

Being part of a team is such a valuable commodity both for leadership and for life.

Find your people and create your team so when you are faced with hard things, you will have the people you need to help you get through to the other side safely.

This may be the hardest lesson for most of us.

We put so much pressure on ourselves to make sure we are living up to expectations. Sometimes those expectations are our own and sometimes they are someone else’s.

When I signed up for this climb, I was so focused on getting to the summit. And while that mindset was truly helpful to me as I pushed myself through the hard, I often wonder what would have happened if I hadn’t made it to the summit.

Would I have still been kind to myself?

We need to remind ourselves that success is different for every single person.

And just because we don’t finish in the way we thought we would doesn’t mean we weren’t successful.

One of the most important things we can do for ourselves, especially when facing hard things, is to give ourselves grace. We need to continue believing in ourselves even when the outcome isn’t what we hoped for or expected.

When we continue to believe in ourselves, we give ourselves the ability to still move forward even when life is hard.

When we can look in the mirror and tell ourselves we did our best and we’ll go out there and give it our best again, and actually believe it, we will have all the power we need to face hard things.

Because the ultimate power to face hard things and win will always come from within.