How Climbing a Mountain Changed My Life 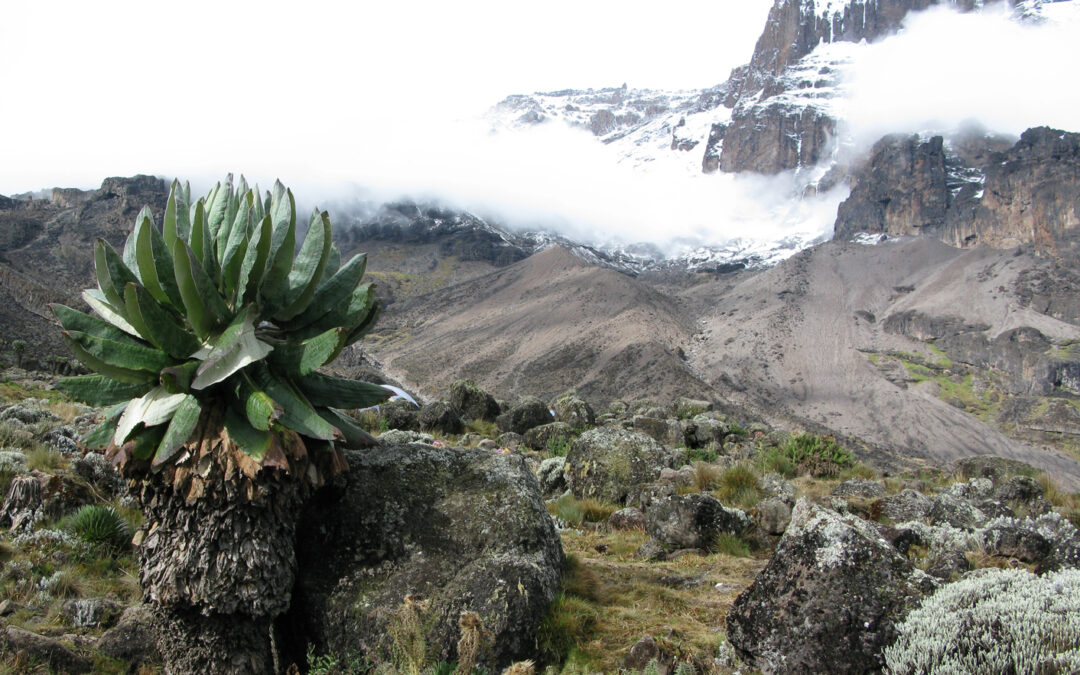 When most people think about climbing a mountain, that thought is completely intimidating to them. It requires a lot of physical, emotional, and mental preparation and that doesn’t even include the hard work of actually climbing the mountain.

But for me, climbing a mountain became a stepping-stone to a whole different life.

When I first decided to climb Mount Kilimanjaro, I had to completely change my mindset.

I’m from Florida. So climbing a mountain is something I had never done before. And I certainly had never slept in below-freezing temperatures outside in a tent.

I had to push myself completely out of my comfort zone.

My only goal was to get to the top.

That had to be the goal in order for me to actually make it happen.

There was nothing else the goal could be because nothing else would have motivated me as much as that one singular end-goal.

But what I didn’t realize is that standing at the top of Mount Kilimanjaro would change my life forever.

It became an incredibly defining moment for my life going forward.

Although the physical aspect of climbing the mountain was extremely difficult, my mindset was the driving factor.

By pushing myself out of my comfort zone, I learned what I was capable of.

I struggled for years to believe in myself and to see what I was capable of.

I was comfortable where I was at. But growth can’t really happen when we’re living in the comfort zone.

Once I got out of my comfort zone, I saw the world in a whole new way.

And it wasn’t just about being capable of climbing a mountain—it was so much more.

I learned that I am capable of doing hard things.

In fact, I’m capable of doing things I never even thought of as a possibility before.

Most of all, I learned that I’m capable of doing things that are life-changing, not just for me, but for others, too.

Climbing Mount Kilimanjaro was one of those life-changing moments. When I reached the summit, I realized I truly had the mental strength and capacity to accomplish anything.

Climbing a mountain helped me let go of self-doubt.

That doesn’t mean that it’s completely gone. Trust me, there’s still that voice inside my head and I’m sure it will always be there. But now I’m able to keep it in check.

I learned that by setting the goal of climbing a mountain, then putting the work in behind it, and truly believing in myself, I could do it.

This one experience has led to a lot of other successful moments for me where I made a goal, put in the work, and believed in myself to accomplish it.

Whether it was writing a book, speaking on stage, or being interviewed on 100 podcasts in a pandemic, I had the confidence I needed.

Now, I’m not saying that you need to climb a mountain to get confidence. But you do need to put yourself outside of your comfort zone.

This one courageous act will show you what you’re capable of and squash the self-doubt telling you that you can’t.

By climbing a mountain, I learned what I want out of life.

I learned that I no longer want to stand on the sidelines and watch other people play the game. I want to be a full participant in all that life has to offer.

If you want to do something in life that seems impossible, figure out how you can do it.

When I tell people about my experience climbing a mountain, their first response is, “Oh, I could never do that!”

The truth is that most people can. It’s just a matter of whether or not they want to. That’s a different story.

We are capable of anything we set our minds to. If you want to do something, do it.

Remember that in everything you do—your words matter.

How you talk about yourself and how you talk to yourself makes a huge difference in the person you become.

This is one of the most valuable things I learned at the top of that mountain.

I made it to the top because I was my own champion. I told myself I was capable. I cheered myself on. And I was my biggest motivator.

If there ever came a time when the road ahead seemed too hard or the pain I was experiencing seemed too much, my words were not words of discouragement. Never once did I say to myself I was going to quit.

I was climbing the mountain to make it to the top. And every word I spoke both internal and external was aligned with that final goal.

Too many times we allow our own internal dialogue to stop us from making some of the greatest achievements of our lifetime.

On top of that mountain, I made the vital decision that I was not going to limit myself with my words anymore.

Climbing a mountain changed my focus and perspective.

I learned that I didn’t need to focus on the things I didn’t want.

I’m not talking about the things we all have to do in life that we don’t really want to do.

I’m talking about the extra stuff. The stuff we think we have to do, but we really don’t.

What I realized on top of that mountain is that I need to ask myself what I really want. What am I passionate about? What can I do that is going to make a difference for me, personally?

Okay, I didn’t stay on top of the mountain for very long because I couldn’t breathe. But these are the questions I pondered and reflected on as I walked the trail back down.

I thought about the path that got me there and where the road ahead could take me if I chose it.

It was one moment in time when I gave myself permission to let go.

As I stood on that summit, it really was a moment that I can’t even describe in words.

It was a feeling that the world is so much bigger than me and that I am capable of doing so much more.

It was a moment where I was able to let go of self-doubt and transform those negative feelings into something better.

It was a defining moment that showed me I can do hard things and that I am capable of anything.

We all can have these defining moments by climbing our own mountains.

It doesn’t have to be a physical mountain that you climb to have the same life-changing moment.

In reality, it’s not even really about climbing a mountain.

It’s about setting a goal, putting in the work, and trying something different. Try something you’ve always wanted to do but never felt it was possible.

Get rid of that voice in your head telling you that you can’t and replace it with your own voice telling you how.

If you want to do it, put aside the self-doubt, put in the work instead, and do something you really want to do.

One of the greatest benefits of climbing a mountain is that I no longer worry about what anyone else is doing. And I no longer compare myself to others.

If I find myself slipping back into my former mindset, I go back to that moment on the summit in my mind. I feel the strength that came from climbing the mountain and I commit again to go out and change the world simply by being me.

My advice to you is to find your own summit and go there often.

While you’re there, think about what you want in life.

Let go of your doubts.

Then go out there and make it happen.