How to Talk to Your Kids About Racial Bias 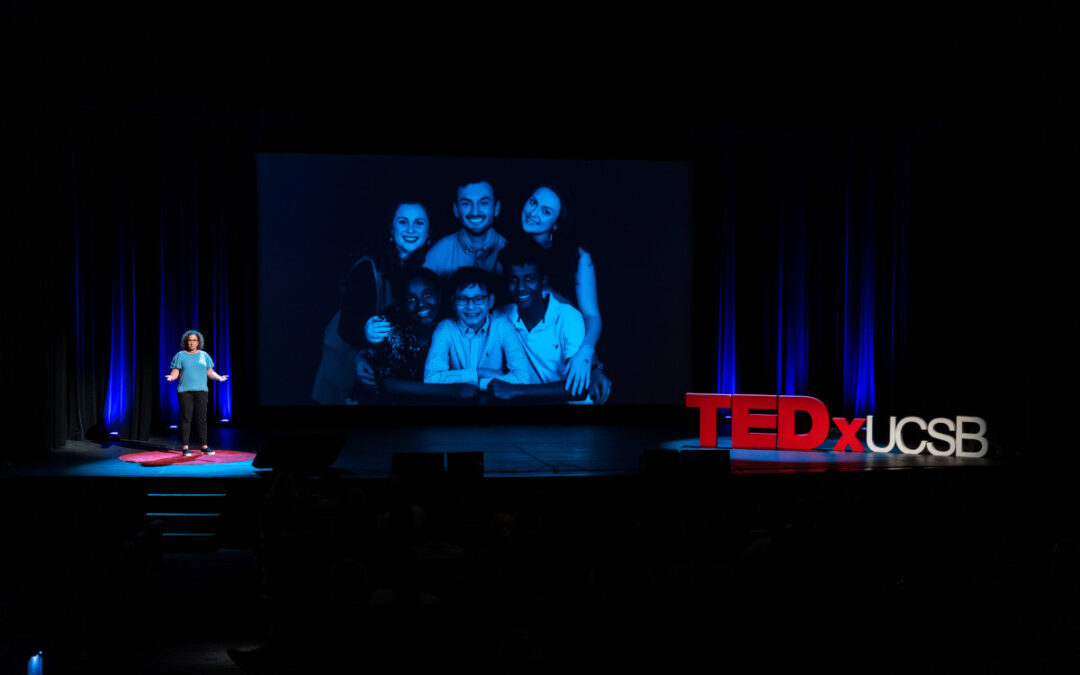 In a world that seems more and more racially charged, talking to kids about racial bias is vital.

Sadly, it’s something that we don’t talk about enough. And as parents and adults, we need to do better.

In April, I had the opportunity to speak at TEDx UC Santa Barbara, where I spoke on this very topic.

In my talk entitled, “T.A.L.K.ing to Kids About Bias,” I specifically focused on racial bias.

I’m the mother of six kids—black, white, Asian, and Jewish.

Because of my culturally diverse children, racial bias is an important topic, and I’ve become extremely conscious of how I address the topic with my children.

It’s my hope that by sharing personal experiences from our multicultural family, others will recognize the value of teaching their own children about how to overcome racial bias.

We know from research conducted by the American Psychological Association that children between two and five years old start becoming aware of gender, race, ethnicity, and disabilities.

So why then do we wait so long to talk to our kids about diversity and bias?

These may be difficult conversations to have. And sometimes it’s hard to find the right words. We may even think our kids are not ready—but they are.

I had no problem talking to my kids about Judaism and the antisemitism that I faced growing up. But that’s because I experienced it directly, and I knew how to talk about it.

It wasn’t until I had a multicultural family that racial bias became a dinnertime conversation. It’s not that I avoided the subject; I just didn’t think about it, so we didn’t talk about it.

Racial bias became apparent in how the world reacted to my children.

I am, and forever will be, disheartened that my children have been and will be treated differently because of the color of their skin.

I’ve had to have conversations with my son Ari that I never had to have with my oldest son, Jacob.

“Keep your hands on the steering wheel if you’re ever pulled over by a police officer.”

“Don’t walk around the neighborhood by yourself at night.”

“Don’t put a hoodie up over your head unless we’re around.”

It’s horrible that I have to make sure he is aware of the bias against him. It’s heartbreaking that he has to think differently because of the color of his skin.

Racial bias is not okay.

One morning, my husband picked up Ari after a sleepover at a friend’s house. There was an incident, and the boys had gotten into a bit of trouble. But the dad made sure to let us know that Ari wasn’t involved.

When Ari got into the car and my husband asked what happened, Ari proceeded to explain that his friends decided to go play a fun game of ding-dong ditch. They spent the evening running up to neighbors’ houses, ringing their doorbells, and then running off.

But Ari refused to go with them. He went to bed instead.

Ari was at a slumber party at a friend’s house and literally went to sleep instead of participating in their game because, in his words, “A black kid doesn’t run around a neighborhood in the dark ringing stranger’s doorbells.”

He knows all too well that because of the biases of others, he has to be very careful with the activities he chooses to participate in.

Imagine what could happen if we all took the time and made the effort to talk to our children about diversity and bias. Imagine if our parents had done that with us.

I’m sure there are parents who do have these conversations with their children at a young age—but I didn’t. That was until I better understood the racial bias that is out there, and I had to have these difficult conversations for the safety of my own children.

Racial bias needs to be part of our normal and natural conversations.

And these conversations need to happen more than just once a year on Martin Luther King day or on Indigenous People’s Day.

Yes, it’s important to use holidays and news events to talk about race and bias, but it shouldn’t take a national holiday or a major news event to encourage us to have these conversations.

I once felt that if I didn’t know what to say about something, it was best to keep quiet on the subject.

But silence is deafening—especially for kids.

Silence makes kids believe that there is something wrong and the topic is taboo.

I once had a young girl ask me how I could have black children since I’m white.

Before the little girl even finished her question, her mom shushed her and told her not to ask questions like that, and then apologized to me.

I thanked the mother for her concern, and then I looked at the little girl and answered her questions.

It’s important to ask questions—that’s how we learn.

We need to welcome questions and be willing to talk about racial bias in all its forms.

So how do we start approaching these difficult topics and conversations?

Start with the word T.A.L.K.

In my TEDx talk, I share exactly what this means and how we can naturally talk to our kids about racial bias.

You can check out the talk here.

It’s a 15-minute talk that I completely memorized because the topic was so important to me. I was hyper-focused on making sure it was the very best it could be.

As a side note, when I practiced earlier that morning, I messed up three times, but I didn’t let it completely freak me out. I told myself that was the worst it was going to get—and it was.

Being able to really talk about my kids and talk about the experiences we’ve had made it easy for me to share my heart. Because I want everyone to understand the importance of talking with their kids about racial bias.

This talk is more than just a TEDx talk, it’s my call to each of us to make discussions about bias a part of our everyday conversations.

I hope you watch the video and learn how to talk to your kids about racial bias.

Your personal conversations can make a world of difference for all of us.