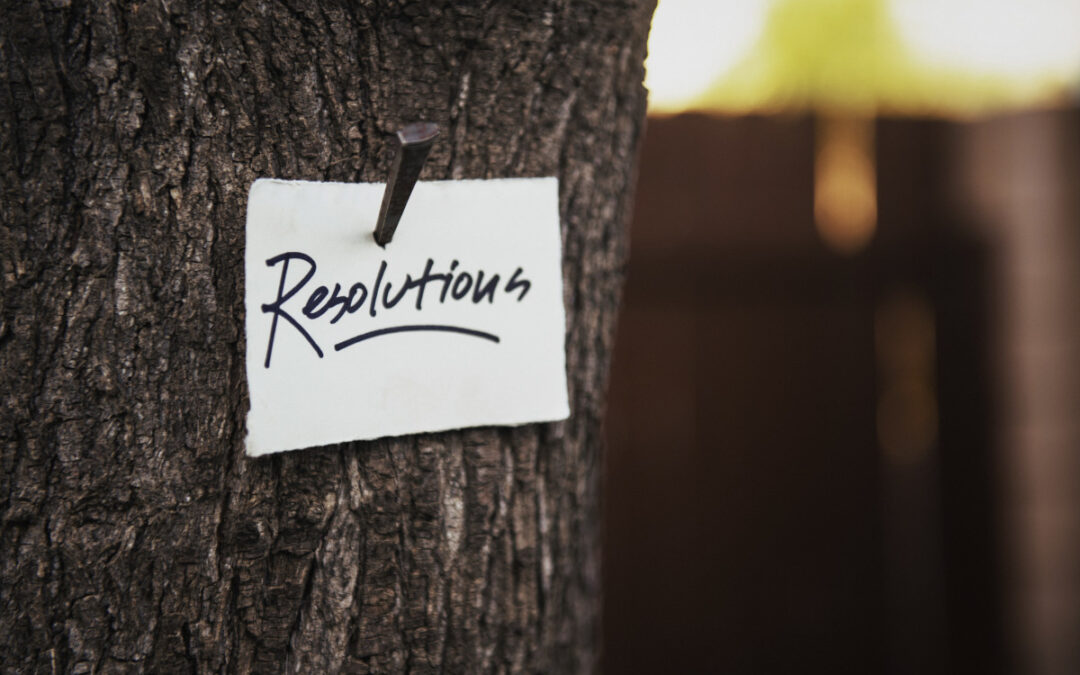 It’s that time again where New Year’s resolutions are on the minds of many. We’re nearing the end of our holiday celebrations and the year is quickly winding to a close.

As we look forward to a new year and new beginnings, many people are going through the motions of declaring their own New Year’s resolution.

Whether it’s starting a new weight-loss or fitness plan, making an effort to become more efficient, or even something as simple as doing better at keeping your house in order. New Year’s resolutions come in many different varieties and are meant to improve who we are.

That may seem like a controversial thing to say. But let me explain the five reasons why I no longer make a New Year’s resolution.

Research has shown that 80% of New Year’s resolutions fail. That means that only 20% of people actually keep their resolutions. That’s not very good odds at all. If I’m going to start something, I want to know that the odds are going to be in my favor of following through with it.

My experience is that when you don’t want to do something and you’re doing it for the wrong reasons, that thing becomes really hard to do. You start making excuses of why you can’t do it or find distractions to keep you from doing the thing that is hard.

To follow through on anything, you really have to get into that mindset of “This is absolutely what I want to do for myself.” And to do anything well, or stick to anything hard, you have to make sure that you are doing it for yourself—not for anyone else.

For example, I would set a New Year’s resolution to go to the gym the first week of January. Then, for the six weeks leading up to January, I would tell myself I didn’t have to worry about it because I set a resolution to go in January.

That’s six weeks I could have spent becoming my best self, but instead, setting a New Year’s resolution put me in the mindset that I didn’t have to worry about it until January.

My resolution became so focused on the thing that I lacked that it blinded me to the valuable person I already am. This made it very difficult for me to feel good about myself at any given moment. I just wanted that new and improved version of myself that was sure to come because I set that New Year’s resolution to get me there.

Rather than chasing a version of ourselves that we want to be, it’s important we value the person we already are and the good we’re already doing.

Each and every one of us brings value to the world just as we are.

I truly believe that we make New Year’s resolutions because we have this underlying fear that we’re flawed. And we fail at them because we have an underlying belief that we don’t deserve success, or we are incapable of achieving happiness. That’s why it’s hard to follow through with any resolution, especially a New Year’s resolution. This is why we throw it out when it starts to get hard, and we lose momentum.

Often when we set a New Year’s resolution, it’s because we feel we’re lacking in some area. But in reality, we are exactly who we need to be.

This does not mean that I am opposed to setting goals. That is quite the contrary. When you set a goal, it’s about putting the work behind it, not just making a declaration of the goal.

When it comes to New Year’s resolutions, oftentimes, the declaration is the means to the end. It’s a catchphrase that everyone declares but very few people put the work behind it to make that goal a reality.

Declaring your resolution and actually doing the work to make that goal a reality are two very different things. And simply declaring what you’re going to do will never be as effective as actually doing it.

I’m a big believer that setting goals should happen all throughout the year. We shouldn’t just set goals for the new year, just like being grateful shouldn’t just happen on Thanksgiving.

We need to set goals for the things we want to do—those things that are most important to us. And once we’ve accomplished those goals, we should set some more.

When you’re not just sitting around waiting for that January 1st date to hit before you start whatever transformation it is you’re looking for, there’s no telling what you can accomplish. With small and steady goals, you can really accomplish anything.

For me, it’s All Year resolutions, not just New Year resolutions. Making goals is a mindset that we should embrace all year long. But even more importantly, we need to remember that it’s the work behind the goal and our confidence and belief in ourselves that will bring about the greatest transformation of all.