The Power and Perils of Social Media 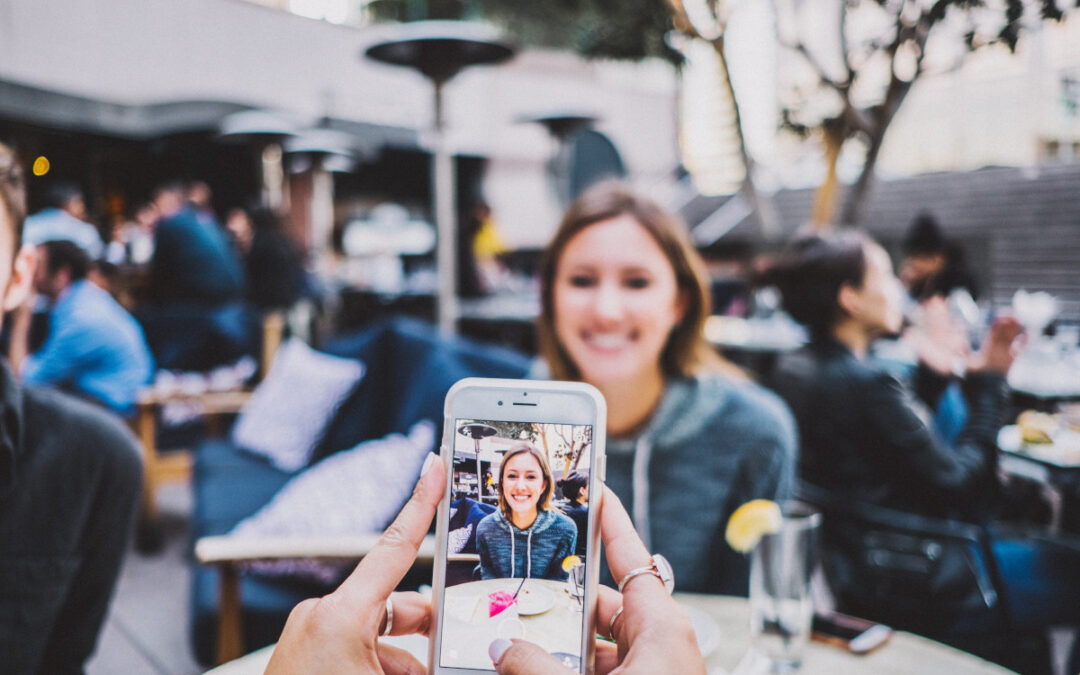 And because social media is everywhere, we are being watched all the time.

I’m not saying that in a creepy way—it’s actually truer than we may realize.

Social media has become the eyes and ears of everyone.

There may have been a still photo taken of your mistake, but only if someone had an actual camera.

Back then, we didn’t have iPhones or access to the internet. Generally speaking, stupid mistakes happened and were quickly forgotten.

Of course, some of the epic mistakes may have been passed down as myths and legends. But even then, the story would only go as far as word-of-mouth—which means it rarely left the neighborhood.

Life has changed drastically because of social media.

Our world is inundated with technology. No matter where you go, cameras can be accessed at a moment’s notice. And not only do these cameras take pictures, but they can also record every little thing that you do and say.

Additionally, once those images and recordings are captured, they can do a lot of damage. With one click of a button, they can be posted to any number of social media sites for all the world to see.

You don’t even have to be a participant in social media to have your stupid mistakes shared over and over again.

Friends and strangers alike have been recorded without even knowing it, only for their mistake to wind up on a viral post in someone else’s feed.

We need to teach our kids the power and pitfalls of social media.

One of the things I have seen over the past several years is that there have been way too many instances of teenagers and young adults posting damaging videos of themselves. Without thinking, they have recorded themselves saying or doing things they really shouldn’t be saying or doing.

Once these recordings get posted on social media, their lives can be altered forever. Many kids have lost their college scholarship, or their admittance to school has been revoked because of the damaging video.

An incident like this recently happened at my child’s school. There was a girl who recorded herself saying something very inappropriate, which she immediately posted on social media.

While it’s true that she definitely had too much to drink, she still posted herself saying horrible things, and it came with some very heavy consequences.

The college she had already been admitted to revoked her admittance. Because of the power of social media, that one mistake will change her life forever.

Once we post something on social media, it never goes away.

This cannot be stated enough—especially to our children.

When I was a teenager, things were definitely less complicated, especially in terms of social pressures.

It’s much more challenging for our teenagers and young adults because of the technology they have at their fingertips.

I think that sometimes our kids think they are indestructible. They don’t understand that something they might think isn’t a big deal can negatively impact their lives forever.

It’s our job as parents to help our teenagers and young adults use social media in a wise and positive way.

We have to be diligent and careful to make sure our children understand that once it’s out there, it’s out there—and they can’t take it back.

There are some incredibly positive ways to use social media.

The power of social media isn’t all negative. I have seen so much good come from it.

Some amazing singers have received recording deals because of their positive use of their social media platforms.

Social media has also created awareness for marginalized groups and provided a platform where people can connect with others and create communities.

It’s amazing to connect with my sister in Switzerland. And I love to see my friends from around the world. It’s exciting to see what they are doing and how they are moving forward in their lives to change the world.

I love glimpses into the lives of other people doing good in the world—it’s uplifting and positive for so many.

Still, we have to be careful of what we do and say because people are always watching.

Because people are always watching, we also need to practice forgiveness.

I truly believe that what comes out of our mouths should be something kind and compassionate and not horrible words that degrade other people.

Still, without trying to justify anything that people have posted on social media, at some point, there should be a path to forgiveness.

We are all human, and we will all make mistakes. And because it often depends on the situation, it’s not a one size fits all solution.

While I absolutely believe that consequences are an important part of learning, we also have to be willing to allow people the space to change.

People are always going to do and say things that we don’t agree with.

Some of those things may even be offensive.

But we don’t have to take the offense and run with it. When we become reactionary to the behavior of others, we are letting go of our own power to choose.

I hope we can all act—and react—better as we navigate the world of technology.

What we do and say matters.

I’m glad that I’m not growing up in today’s world. It’s hard enough to be an adult and keep my own mistakes from being forever recorded in history.

These experiences have helped me to open my eyes to the challenges my children face as they navigate a world often defined by social media.

As we teach our children what to do and what not to do on social media, we also need to show them compassion and empathy, as they are sure to make mistakes.

Social media puts so much power into the palm of our hands. And what we do with that power will forever define who we are.