Words Matter, Especially To Our Children 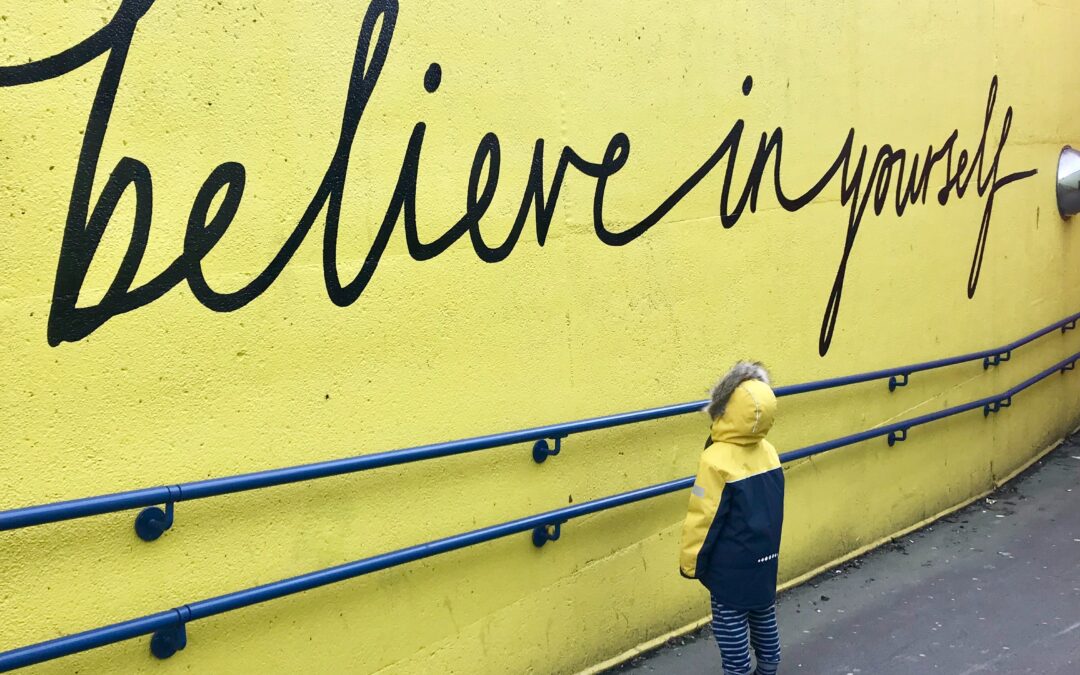 I know you’ve probably heard this a lot. But I especially feel the truth of this statement as a parent.

I have made many mistakes over my time as a parent.

But the one thing I’ve realized with these mistakes is that it’s important to take accountability for those mistakes, especially in front of your children.

Our children need to know that we’re all human and mistakes are going to happen. The more we take accountability for our own mistakes, the more our children will recognize that it’s okay for them to make mistakes, too.

Some of my mistakes have come in the form of words I’ve said in front of my children.

Don’t get me wrong, I would never give my child a label or intentionally say something hurtful.

But I know that my husband and I have had conversations in front of our kids that we probably shouldn’t have had.

We may have talked about financial issues or frustrations with one of their siblings and said things we probably shouldn’t have said while they were in the room.

By saying things we shouldn’t have said, we’ve put stress on our children that they have no control over and cannot fix.

Words matter because the wrong words may cause added worry for our children.

When we have created this kind of situation with our children, we’ve gone back to them with an apology.

As parents, we can come to our children and say, “Hey, we shouldn’t have talked about things in front of you. This isn’t something you need to stress about.”

We can reassure them with positive words and help them to feel at ease.

When we find ourselves causing undue hardship to our children because of what we say, it’s important we recognize it and try to do better in the future.

What we say to our kids is even more important than what we say in front of them.

I once read an article that told of a boy who thought his parents didn’t love him because they were always angry with him.

The article went on to say that we need to teach our children that we are not angry with them—even though we may be angry at what they did.

If our kids don’t recognize that there’s a difference between those things, they’re going to believe we really don’t love them, just like the boy in the article.

Your words matter. I’m talking about both the words you say and even the ones you don’t.

Blanket statements can be harmful to our children’s view of themselves.

This is something I see all the time.

Their value, in their eyes, will also be tied to the words you used to label them.

When the “pretty one” gets a scar, she may wonder if she’s still pretty. And when the “smart one” fails a class, she will think she’s no longer smart.

These challenges will affect how they see themselves because of the words used to label them.

It will also affect how they relate to everyone else.

When we’re speaking to our children, we need to be specific so they know exactly what we mean.

Something I always try to do with my children is to say, “Wow! You look pretty in that dress!” or “You did great on that test, Congratulations!”

The more specific we are, the more they will recognize that it’s not all or nothing. They can be both pretty and smart at different times in their lives.

The joy of being a parent is being able to point out to our kids all the good things they are.

Our job is to lift our children up, not tear them down.

One of the hardest things for me is to hear other parents talk badly about their children.

Talking negatively to other parents about your children can be so damaging to your relationship with your child.

Even if the child is nowhere to be seen, the negativity you put out there is damaging to them.

Not only will they feel the negativity you have towards them in your actions, but it will also make others see your children from your negative perspective.

As parents, our words matter because our job is to help them feel strong, capable, and supported.

We will never be successful in our ability to raise strong humans if we are constantly using our words to bring them down.

The good news is that even when we’ve made a mistake, our children can surprise us.

When my daughter joined the high school varsity basketball team, I was so happy for her.

Once I learned this, I kept pressuring my daughter to quit. I told her it was a waste of time and that she could be doing something else that would be so much better.

But my daughter said she was invested, and she was going to be there for her teammates and especially the two other high school girls on the team.

I was upset at first, but I realized that I am totally wrong on this one.

My daughter has stepped up to be a leader for the other girls, and she would have missed that opportunity had I continued to pressure her.

I have learned more than ever that words matter.

From the very beginning, I should have told my daughter, “I think it’s great that you’re really stepping up. And I’m proud of you that you’re not going to quit, even though this isn’t really what you signed up for.”

Instead, I did the opposite. I told her that she shouldn’t be playing on a middle school team as a high schooler and that it was a waste of her time. I’m certain my words hurt, even though I thought I was helping.

This experience has been a great reminder to me of why my words matter, especially when my children are involved.

For me, I want nothing more than to lift my children up.

I hope the positive words I speak to them—every single day—will one day help them soar.