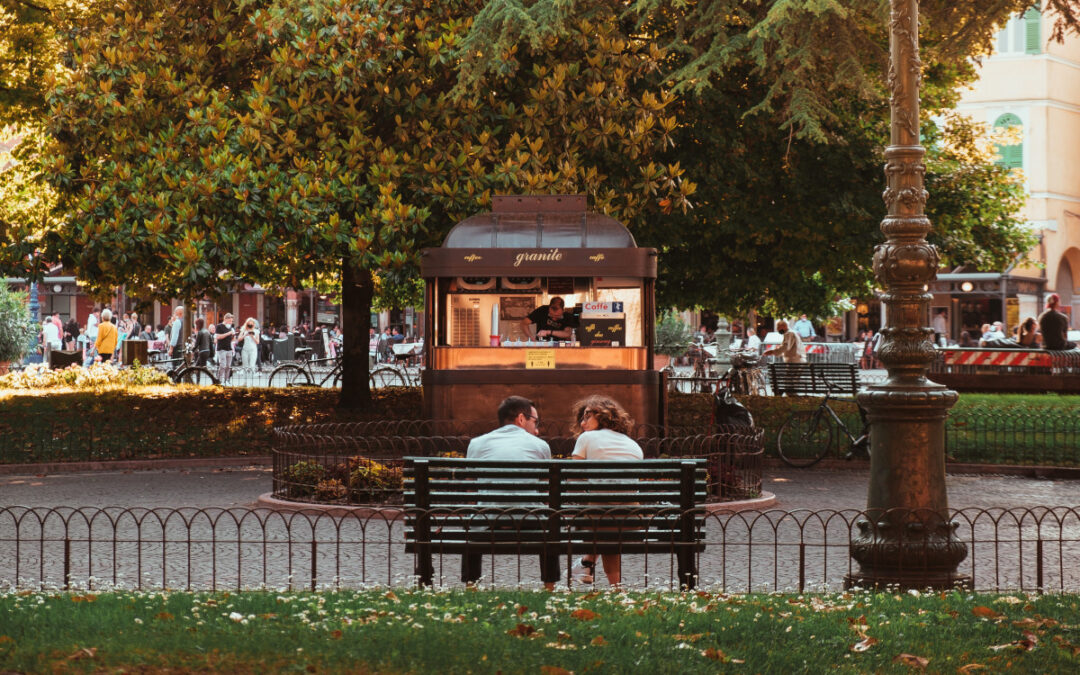 The older I get, the more my perspective of the world changes.

This certainly could be because the world is changing. But I think it’s more because I am changing.

The more connections I make, the greater my understanding of the world becomes.

As another year comes to a close, and I look back over the past few years of my journey, one of the things that I love most is the connections that I’ve made and the people I have come to know and love.

We don’t often change things up because change is hard.

Most days, I feel pretty introverted, although my friends would say the complete opposite. I’m extroverted with them because they’re my friends. They just make everything about life easier.

But I am trying to be more extroverted around other people, too. As I’ve gotten older, I’ve made the effort to reach outside of myself and try new things. And some of these things have been life-changing for me.

Joining different organizations, meeting new people, reaching out to others instead of staying in my little shell, and making an effort to put myself out there isn’t always easy. As a matter of fact, it’s rarely easy for me.

Still, organizations like the Jewish Federation of North America and other local women’s groups that I’ve become a part of have really opened my eyes to new and amazing people and helped me see life from a different perspective.

Connecting to others and seeing things from a different perspective is a vital part of life.

Whether we’re young or old—or somewhere in between—making an effort to meet new people and see the world from a new perspective will help us to live a more balanced life.

Connecting with others will help us to better understand the people around us and more fully appreciate the good they are doing in the world.

For example, I met a woman who is a motivational speaker for Christian philanthropy. Because I’m Jewish, in the past, I probably would have heard what she did and said something like, “That’s great!” and then moved on.

But rather than ending the conversation there, I stayed, and we had a really interesting conversation. I asked a lot of questions because I really wanted to know. And it was fascinating. The work that she is doing is focused on making the world a better place—just like the work I strive to do in my own little part of the world. We both have the same focus—it just looks different in how we approach it.

It’s important to remember that our perspective isn’t always the right perspective.

Just the other day, my daughter made the statement that, subjectively, her ideas were correct. Then she changed her statement and said, “Actually, no, let’s change it to objectively my ideas are correct.”

My other daughter quickly jumped in, “So you think all of your ideas are right?”

“Yeah, pretty much,” was my daughter’s reply.

Of course, she was kidding, but it was a great reminder that none of us have all the answers. We need to listen to people, ask questions, and make our own informed decisions rather than thinking our perspective is the only one.

A lot of times, when we don’t ask questions, we don’t truly know.

And sometimes, what we think we know isn’t actually the truth at all. Questions help to clarify and teach us things we didn’t know we didn’t know.

But putting ourselves out there and asking questions is important. It’s what allows us to learn and reshape our perspective into a truer perspective of things as they really are. It makes us better humans.

The more we know, the more we can appreciate, understand, and connect with others.

The other day, I posted something on social media sharing my thoughts about the importance of being okay with differing opinions. I wanted people to know that it’s okay to disagree with someone and still be friends.

You do not have to share the same opinions to be kind and generous toward others. I feel we’ve moved so far away from this way of thinking in the past few years.

The first response I got was, “Well, as long as it doesn’t affect my rights!”

The post wasn’t meant to be political, but it started going in that direction. I agree that when you’re talking about taking away my rights as a human being, that’s a completely different story. But that wasn’t the point of the post.

What I meant by the post was that we need to understand that some people will have a different opinion than us—and that’s okay. It’s a normal and inevitable part of life. But we can still respect someone with a differing opinion and be their friend. We don’t need to be divisive or exclusionary because someone believes differently than we do.

I would bet that your best friends don’t even agree with you on everything. You just never talk about it.

This is why I think it’s so important that we make an effort to really learn about the people around us. Respectfully ask why they believe the way they do—not because you want to make fun of it—but because you truly want to understand them.

We need to get outside of ourselves, so we can broaden our perspective.

We need to learn to do more, to see more, to feel more, and to really experience life and not just live in our own little bubbles.

The only way we are going to experience what the world has to offer is if we get outside of ourselves, make connections, and try to see the world from as many perspectives as possible.

When we understand that there are other ways of doing things, we become better humans in general. We can do more good for the world because we better understand the world.

In the end, it changes all of us for the better.