The Vital Lesson I Learned from Hurricane Ian 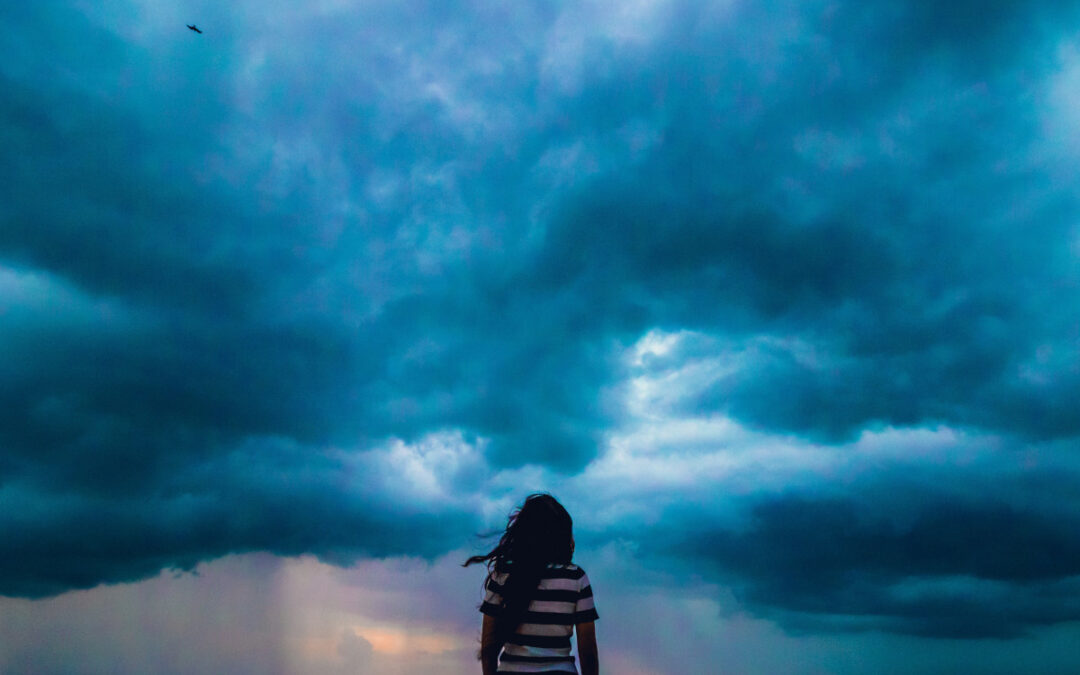 The past week or so has been a bit of a blur as we geared up for Hurricane Ian and are now left with the devastation that has come from it.

I feel incredibly lucky that my city is still standing. Sarasota should have been destroyed by this storm based on all the reports that were coming our way. But it was spared.

However, throughout Florida, South Carolina, and North Carolina, other cities haven’t been as fortunate.

With 109 deaths to date and rising, we are a people in mourning.

There has been so much devastation from Hurricane Ian.

For me, the greatest impact of the storm has come from the communities that are just south and east of us.

Trees look like matchsticks—and that’s if they’re still standing. Mobile homes have been torn apart like they are sardine cans. Houses are missing roofs, cars are in canals, and the amount of water due to the storm surge wiped houses off their foundations like they never even existed.

But the beauty that has come from the ashes is all the people coming together as a community.

And I’m not just talking about a physical community.

People are coming together as a community of human beings.

As I was driving down to Punta Gorda to volunteer, I saw many out-of-state license plates that were carrying supplies and gear to help people devastated by the storm.

The help these people are providing is desperately needed, as the aftermath of Hurricane Ian in that area is unreal.

After seeing the devastation brought upon these communities. I feel very fortunate. We sustained minimal damage to our yard, and we didn’t have power for five days. Things for us could have been so much worse, some have lost everything.

This experience has really put things into perspective for me.

Because of Hurricane Ian, I’ve learned what really matters.

At the end of the day, it’s not about my stuff, it’s about my people.

It’s about human beings in general and how we need to care for each other.

When we see a need, we need to fill it—especially when something like Hurricane Ian comes along.

Filling a need for someone else is so much better than complaining about your own situation.

Over the course of the last week, I’ve heard people complaining that their power is out and that they don’t have internet.

To be honest, we don’t have internet either, but it’s been kind of nice and relaxing to read a book at night when I get back from volunteering in areas that were less fortunate than us.

I’ve learned the best way to spend my time is to fill the need of someone else.

There are people to the south of us who literally have nothing but the clothes on their backs and what they were able to take with them when they were evacuated.

More than anything, those of us who are fortunate enough to still have a home have an incredible opportunity to stop worrying about the internet and offer our help to serve those who have nothing.

I can’t even imagine what these people are going through.

When we were evacuated, I remember saying goodbye to my house, truly believing that it would be destroyed. And as I drove home after the storm, I was afraid that the house would be completely gone. But it wasn’t.

Some came home to nothing but their foundation.

It leaves me wondering what would have happened if my home was destroyed by Hurricane Ian. Then what?

The answer to the “then what” question is simple, and it’s all about community.

Our community is here to help us rebuild and to give us something to lean on. Because we have a community, we can be resilient in any storm.

Individually we may struggle—but together, we are strong.

We can do so much good by looking for the needs out there that we can fill with the talents we’ve been given.

One example of this is an amazing couple I met while volunteering with a woman who ran a botanical garden that had been completely wiped out by Hurricane Ian.

This woman’s workplace had been basically destroyed, their home had been significantly damaged, and they had no power. They would have to rebuild. Yet she and her husband wanted to give back to their community.

They forgot about their own troubles and went to work helping others.

From the second the storm ended, her husband was out on his boat rescuing people before the Coast Guard even got there.

In addition to that, for the last 24 hours, she has been collecting items and food for those who lost everything.

This couple saw the needs of their community, and they filled those needs using what they had to give. Remarkably, their efforts have bolstered their entire community.

There were plenty of food and items at the gardens when I left in the morning to volunteer in other areas, and in the evening, when I returned, things were completely overflowing.

Tomorrow we are going to be cooking for people and distributing items. And I can’t wait. It is hard work, but it is fulfilling work knowing you’re helping someone devastated by the same storm you should have lost your own home to.

The need is great. But the amount of generosity I have seen just over the last 24 hours has been beyond my expectations.

The needs this couple have filled—simply by doing what they can—are inspiring. They are a truly amazing couple.

They are the kind of people who make the world a better place.

We need more people like them, people who see a need and fill it, despite what’s going on in their own life.

The more we look outside of ourselves, the more needs we will see.

We may not be able to fill all the needs—that would be impossible for any one person to do.

But together, we can do so much to alleviate the suffering around us.

I challenge you to look for a need in your own community and then use your talents to fill that need. I promise it will make all the difference to the people you serve.

We can’t do everything, but we can each do something.

My hope is that you go out there and do something for someone today.